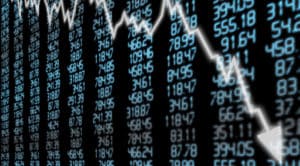 Spring has sprung! That means warmer weather, budding trees… and the arrival of your first-quarter statements. Because the markets have been so active in so many ways since the start of the year, I’m going to use this month’s newsletter to talk about how all that activity has affected your investments, and what the second quarter may hold in store.

Let’s start with our dividend-stock portfolios, which are slightly up on the year even though the S&P 500 is down. Just like last year, we’re beating the index. That’s largely because a lot of growth-stock companies have fallen out of favor, while the dividend-paying companies we’re invested in are doing much better. As for our core portfolio of bonds and bond-like instruments, we estimate about a 5% loss in value year-to-date. What’s interesting is that the most conservative options are down the furthest, while the riskier things are doing better. If all of this feels familiar, you’re probably remembering 2018. As I’ve mentioned before, a lot of what’s happening in the markets this year is reminiscent of what happened four years ago, and it’s all happening for largely the same reason: The Fed is actively raising interest rates, and bonds and bond-like instruments are very interest rate-sensitive.

As everyone knows, when rates go up, bond values come down. But the opposite is also true: When bond values go down, interest rates go up, and that’s what’s been happening. Even though the Fed has only approved one small increase in short-term interest rates so far,* long-term rates — which are driven by the markets — have been rising since the start of the year. That’s because each time the Fed simply talks about its intention to raise short-term rates to try to curb inflation, it causes a sell-off in the bond market, leading to lower bond values and higher long-term rates. The yield on the 10-year treasury rate started the year at 1.6% and was up to 2.4% by the end of March — a 50% jump.**

Again, this is almost exactly what happened in 2018: Fed Chairman Jerome Powell would come out and jawbone about his intention to raise rates and the bond market would respond with a sell-off. This game continued for most of the year, and by November 8 it had pushed the 10-Year up to 3.24%. As a result, our core portfolios went down in value by as much as 6-7% at the worst point of 2018 — although they came back and ended the year about even. That’s partly because the bond market pushed back in December. With recession fears brewing, there was a flight to quality and many people bought bonds despite the Fed’s hawkishness. As a result, long-term rates dropped until they were almost even with short-term rates, creating what’s known as a flat yield curve — which, historically, is seen as a reliable warning sign of a recession. Not wanting to be seen as the cause of that recession, the Fed stopped raising rates in December and actually started lowering them again in 2019.

What makes this year much different from 2018 is that the yield curve is already flat.*** That makes me highly doubtful the Fed will be able to make good on its vow to raise short-term rates six or seven more times this year. I think they’ll need to put the brakes on much sooner because I don’t believe the bond market will wait until December this time to start pushing back. It could happen in the next few months, in fact, and the flat yield curve is only one reason.

As I’ve explained before, raising short-term rates fights inflation by increasing borrowing costs, which lowers demand and, by its nature, slows growth. But the Fed has two major problems with the plan this time: One, if they raise rates too aggressively it could slow growth dramatically and lead to a recession. And two, today’s high inflation is two-sided. It’s being driven not only by increased demand but by decreased supply — and the Fed has no tool to fix the supply problem. That only increases the likelihood that continuing to raise rates despite a flat yield curve will trigger a recession and a bear market.

The Winds of Change

So, again, while what’s happening now is reminiscent of 2018, I think the winds are likely to change direction much sooner than they did back then for all the reasons I’ve talked about. I wouldn’t be surprised if the interest rate on the 10-year government bond is back below 2% by the end of the year. And while our portfolios of bond and bond-like instruments were down by as much as 6-7% at the worst point of 2018, I think the 5% drop you’re seeing now may be the worst of it. I could be wrong, but either way it doesn’t really matter. That’s because — as you know — most of your bonds and bond-like instruments have a par value that you are contractually guaranteed to get back when the bond matures (provided there is no default) regardless of any temporary paper loss now. And, of course, the dollar amount of your income return is unaffected — which is why you’re investing for income in the first place!

For most of you, all of this is just informational. But for some of you, it may trigger a desire to make some changes based on your circumstances or risk tolerance. For instance, you may have quite a bit of your money in the stock market now and you’re nervous about the prospect of a new recession and bear market — which means a drop of at least 20%. You might want to set up a meeting with us to talk about trying to reduce your risk before that happens. Or, if you’re in mostly bonds and bond-like instruments and you’ve been wanting to get more aggressive and increase your investment risk a bit by buying into the dips, a prolonged dip of 20-30% (if it happens) may give you the perfect opportunity to do that. In either case — or if you have any questions at all — I encourage you to give us a call!