2022 Market Performance Now Hinges on the Fed More Than Ever 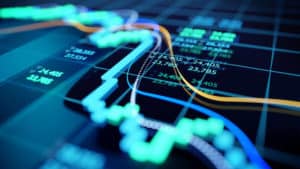 In last month’s newsletter I shared my 2022 market forecast, in which I called for a year of stock market growth in the range of 5 to 15%. While I stand by that forecast, recent statements by the Federal Reserve have reinforced how crucial its role will be in achieving, or not achieving, that outcome. If the Fed isn’t prudent with its stated plans for 2022, the result could be another recession and market shrinkage instead of moderate growth. This also reinforces the importance of another message I stressed last month: make sure your allocation is ready for whatever comes this year, and right for your risk tolerance.

At the end of its two-day policy meeting in mid-December, the Fed announced plans to phase out its coronavirus economic stimulus program—a.k.a. quantitative easing—faster than it originally planned. Ending the program earlier would give the Fed more flexibility to raise short-term interest rates sooner, which is an option it now wants in order to fight inflation. The Fed is taking a tougher stance against inflation after consumer prices rose 6.8% in November from a year ago—the biggest jump in nearly four decades. Although the Fed says it still believes inflation is transitory and driven mostly by factors tied to the pandemic (namely the double-edged sword of increased demand and decreased supply), it no longer seems confident the issue will simply fix itself this year. It wants ammunition that can help, and historically, raising interest rates has been an effective measure.

The Fed has kept short-term rates near zero throughout the pandemic to help prop up the economy, and only three months ago it still had a very dovish stance on raising rates again. However, as of mid-December, most members of the Fed’s rate-setting committee now say they expect three rate hikes in 2022, which would raise rates by three-quarters of a percent or more.* While that could help undercut inflation as intended, it could also create even bigger problems. Raising short-term rates helps lower inflation by decreasing demand because people tend to spend less when borrowing costs are higher. The downside is that decreasing demand also, by its nature, slows economic growth. What’s more, raising short-term rates does nothing to address supply shortages, which—as mentioned—are half the problem with today’s inflation. That makes timing and flexibility crucial for the Fed, and here’s why:

Remember that in the first and second quarters of 2021, real GDP growth hit over 6%. In the third quarter, however, it shrank to just 2.1%.** While that was blamed partly on the emergence of Covid-19 variants, some economists believe it could simply be a sign that growth is slowing in a major way. So, the big question now is: will we see real GDP growth rebound to 4 or 5% when fourth quarter numbers come out later this month? Or will we see it still stuck at 2%? If the answer is a rebound, it’s a sign the Fed may be able to stick to its newly ambitious plan for raising short-term interest rates. An economy still growing at such a healthy pace could probably handle a rate hike. But, if the answer is another quarter of 2% growth, the Fed may have to rethink its strategy. As I’ve pointed out before, timing is everything when it comes to the Fed, and it has mistimed its moves in the past. In this case, raising short-term rates with the economy slowing by such a large measure could represent very bad timing since, as noted, it would slow growth even further. In a worst-case scenario, it could create a domino effect that leads to another recession.

None of this is news to Wall Street. Although the markets showed great resiliency and consistently hit new record highs in 2021, there were some major bouts of volatility in September, late-November, and early December. These all corresponded with announcements by the Fed about its plans for winding down QE and raising short-term rates. If investors start to fear the Fed will mistime its rate hikes this year and cause another recession, that could lead to panic and trigger not just another correction, but a year of losses for the market.

What does the bond market have to say about all this? Well, when the Fed announced its more hawkish stance in December, the bond market barely reacted at all. With the potential for rising short-term rates more certain, you might expect long-term rates to jump a bit, but they didn’t. In fact, the yield on the 10-Year Treasury rate actually dropped slightly after the announcement, from 1.47% on December 15 to 1.41% two days later.*** Basically, this means the bond market—which is often said to be smarter than the stock market—is skeptical the Fed will be able to stick to its new rate hike schedule this year.

The bottom line is that 2022 is likely to be a pivotal year for the markets in one way or another. The pivot could be toward stable but more moderate post-pandemic growth. Or it could be toward more instability and market shrinkage due to any number of factors, including bad timing by the Fed. The important thing for income investors is to take this time—while the markets are still at record highs—to revisit your portfolio to make sure of two things: one, that you’re getting the income you need now and in the coming years from interest and dividends instead of principal; and two, that your allocation is still right for your risk tolerance.

As I’ve advised before, think back to that major market drop in 2020 at the start of the pandemic and remember how you felt. If you were a nervous wreck and vowed to reduce your portfolio risk but you haven’t done it yet, now is the time. If, on the other hand, you stayed calm and realized you might like to get a bit more aggressive with your allocation, now is the time! So, start your new year right by giving us a call!