Markets Settled Down a Bit in May. Will It Last? 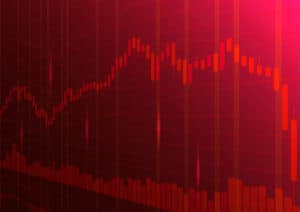 April showers bring May flowers. That saying is a pretty good metaphor for how things played out last month in the financial markets. After an April in which the stock market fell, inflation soared, and long-term interest rates took their biggest monthly jump in 13 years, May was a distinct improvement. Although the showers didn’t stop completely, the markets did flatten out and calm down a bit, which is good news for all investors. Will the calmness last, or is there more stormy weather ahead?

Before I get to that, let’s take a closer look at the May markets. For much of the month, Wall Street struggled, but ultimately the damage was limited thanks to a rally in the last six days. When the dust settled, the S&P 500 and the Dow both finished with slight gains for the month, while the Nasdaq was down just over 2%.* That was the stock market’s best month in a while, although it remains down significantly from its early January peak.

What about the bond market? Well, that was the best news of all for income investors. As you know, the bond market has — like the stock market — experienced several selloffs this year that have pushed long-term interest rates to their highest levels since 2018. The yield on the 10-year-treasury has topped 3% a couple of times this year. As a result, bond values are down year-to-date, as you’ve seen in your monthly statements. But in May, one of those stock market sell-offs triggered a flight to quality in which investors rushed to the bond market. That brought the 10-year treasury yield back down to 2.75%, its lowest level in about a month.** As a result, in your latest statements, you’ll see the values of many bonds and bond-like instruments in your portfolios about even with their values at the start of May. What’s more, I believe this new, relative calmness in the markets may stick around for a while.

That’s because the Federal Reserve has finally made its plan for raising short-term interest rates to fight inflation clearer; the markets like clarity and hate uncertainty. In May, the Fed indicated it plans to raise rates by a half-point at least two more times this year, and investors have baked that information into the markets for now. If the Fed changes course and moves less aggressively, the stock market may show some steadiness, and if the Fed moves more aggressively, we may see a bigger pullback. It’s a similar story for the bond market; whether it strengthens, struggles more, or remains steady in the coming months depends primarily on the Fed.

Of course, as I always point out, when you’re investing for income, all this market drama — whether good or bad — is irrelevant to a large extent. If the Fed does get more dovish and that causes bond values to come up, it doesn’t affect your income — just as the drop in bond values that we experienced in March and April also didn’t affect your income. When you’re investing for interest and dividend return, you can count on that return regardless of whether the values of your bonds and bond-like instruments temporarily go up or down. Your income is contractually protected either way, along with the par value of your investment (provided there are no defaults) — which is why you’re investing for income in the first place.

Still, psychologically it’s more satisfying to see your values growing than shrinking, obviously. There’s no denying that rising interest rates can also make it more challenging to help maximize your total return in the bond market. Challenging — but not impossible — through active management. Experience also helps, and we have plenty of that. As recently as 2018, we managed our portfolios through a year of volatility and rising interest rates, just as we’ve done many times over the last 20 years. None of this is new.

Another reason I think the markets may remain a bit calmer this month, and perhaps beyond, is that I believe all the hype about a new recession this year is overblown. Although we had GDP shrinkage in the first quarter, that was due mainly to trade deficit issues, not to a huge slowdown in spending. So far, consumers and businesses have been handling inflation and spending regardless, and I think that trend will continue at least through the summer months.

That said, I do agree another recession is possible, but I see it as more likely for 2023. No one wants a recession, of course, but if it does happen it will likely mean interest rates will start falling again, which would mean your portfolio values would start rising again — just as they did when the Fed reversed course in late 2018, and all through 2019. Again, none of this is new.